The award ceremony of InterCIDEC 2017 took place in the central agora of the Habitat Valencia Fair, next to the NUDE. After starting with an explanatory trailer of what the second edition of the Contract Environments International Competition. Francisco Juan Ortiz (Beltá & Frajumar CEO) stepped forward to thank the sponsors, collaborators and last but not least, the participants for making this second edition a reality.

Afterwards, the international designer Diego Gronda (Studio Gronda) gave a lecture. Gronda, architect and interior designer with more than 20 years’ experience, who has collaborated with some of the most influential hospitality operators (such as Virgin Hotels, Nobu Hospitality, Ritz-Carlton, InterContinental Hotels, Hyatt and Mandarin Oriental between many others). In his lecture, Gronda highlighted the transformation that is taking place in the hospitality sector, where the user´s experience is the focal point.

After Diego Gronda´s masterclass, the winners of the competition were revealed:

For its sophisticated design, setting a dialogue between different cultures, using for this purpose historical, architectural and cultural references, finally resulting in an integrated and harmonic whole. This prize goes to Jesús Torné for the project Cosmópolis. Diego Gronda gave the award. 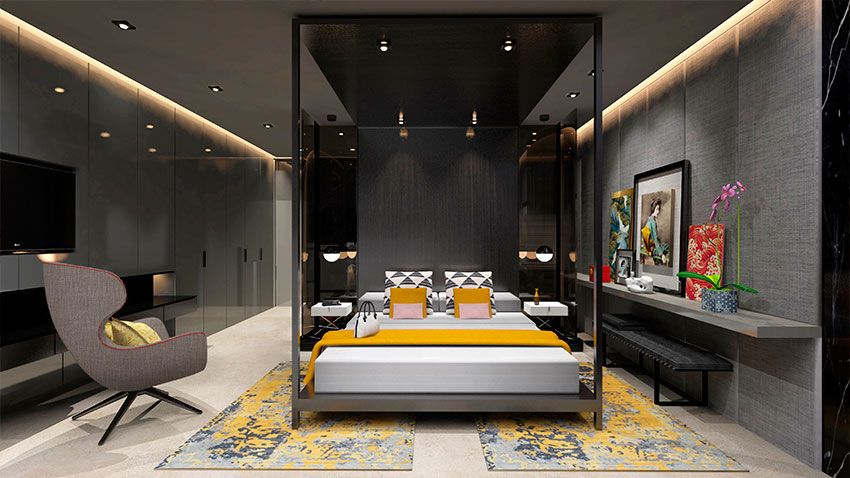 For its investigation of the relation between the sensations in the most immediate environment. A room that allows the user to vary between the essence of sensitive materials. This prize goes to Victor Manuel Mollá for the project TRIVISIÓN. D.Juan Bernardo Dolores, President of the Ibero-American Council of Interior Designers gave the award. 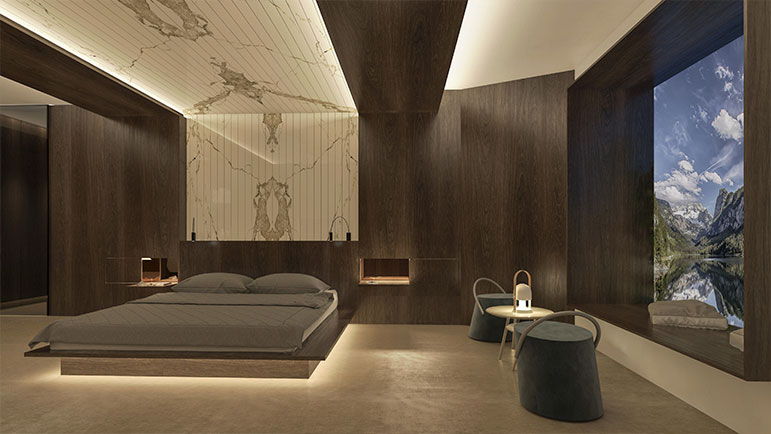 For creating a project inspired by nature, mimicking a vault that resembles a bamboo pole. A new prototype of hospitality room that is inserted in the market called glamping, offering the users the possibility of enjoying the most intimate contact with nature without losing wellbeing and comfort. This prize goes to Oscar Sangines y María del Mar Tomás for the project Coop House. José Vicente González, President of the Fair and Vice President of the Spanish Federation of Business Organizations (CEOE) gave the award. The prize was received by Gonzalo Terol, as the winners were from Mexico and it was impossible for them to come. 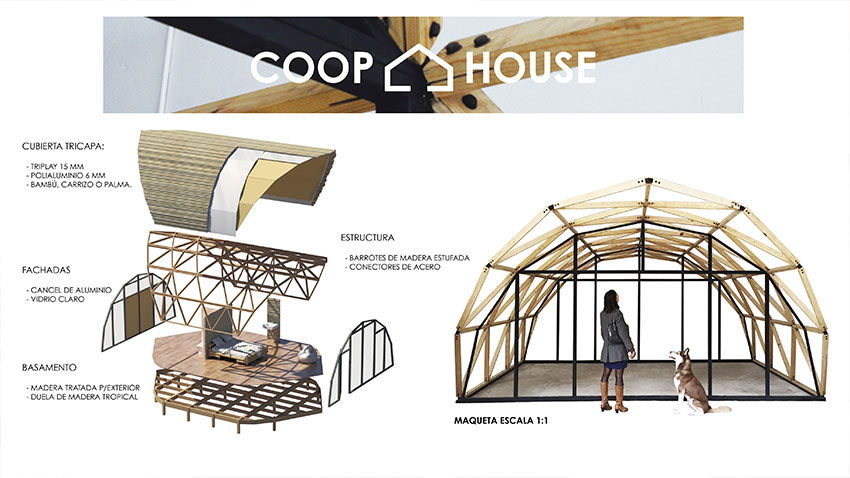 For a space created to develop the 5 senses, where the goal is to make the user feel this hotel as a life experience, a room to dream. Where the natural flourishes and fills the space, giving a sensation of openness and creating a backdrop and connection with the elements. This prize goes to Ofelia Sirvent and María José Durá for the project Per Se. Amparo Ballastre, Manager of the CDICV (Interior Designers ‘College of the Community of Valencia) gave the award. 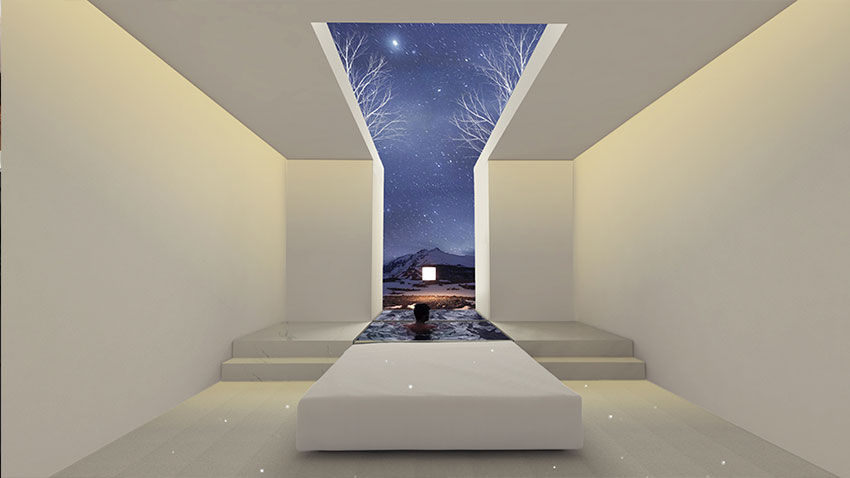 For the feeling of floating, hovering in the airflow, sensation that is intimately associated in our mind to rest and relaxation. This prize goes to Vicente Armando Ruiz for the project Gravedad Zero. Juan Miguel Zornoza, Deputy Mayor of Yecla gave the award. 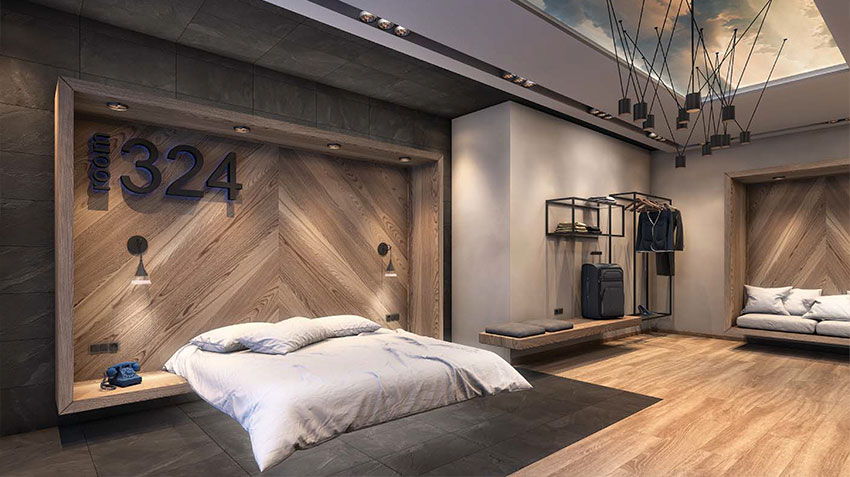 .Special Mention of the Jury.

For creating a piece where the simplicity and the design prevail as the base of the furniture and distribution, making the surrounding setting take part in the “decoration” of the room. This prize goes for Mari Carmen Ortín and Lidia Cubero for the project Habitación con Vistas. Francisco Bernabeu, Manager of Puertas Castalla gave the award. 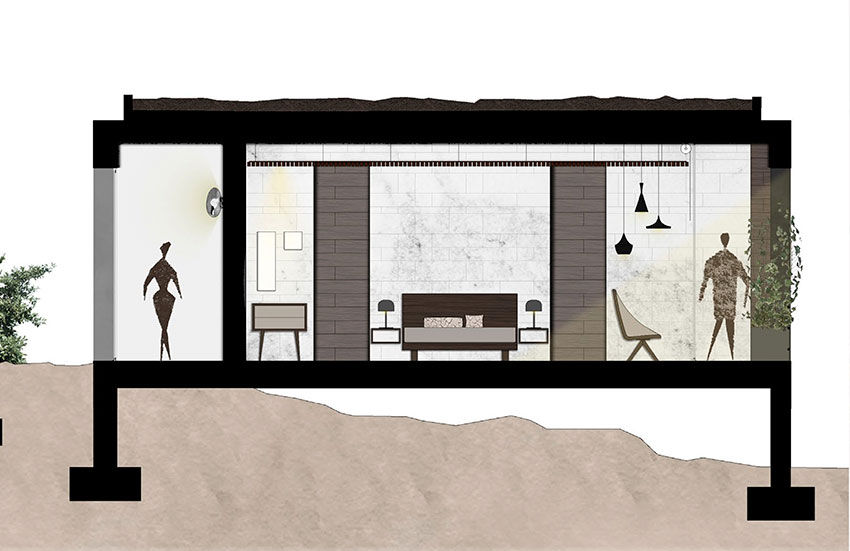 Before the award ceremony, we wanted to honour Francisco Juan Martínez and Carmen Ortiz, founders of Beltá and Frajumar in 1967, being this year the 50th anniversary of the company. An honorific award was given to them.

After the award ceremony, a cocktail with traditional products of Yecla took place. 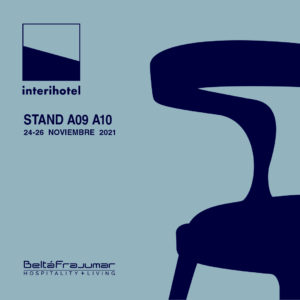 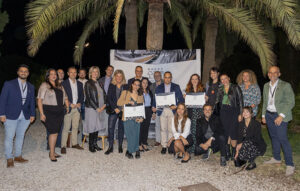