An excepcional jury for INTERCIDEC’16

The company Beltá & Frajumar will have eight great professionals of various fields who will compose the jury for INTERCIDEC’16. All of them related to the world of architecture, interior design, industrial design, communication and also hospitality. They will be in charge of deciding who will be the winners of the contest.

Registration period remains open until September 5th, 2016, The jury’s decision will be known after September 15th 2016 and will be communicated in the competition web site www.intercidec.es and social networks of Beltá & Frajumar.

The members of the jury of this First InterCIDEC competition are:

Architect and Industrial Designer was born in Buenos Aires, Argentina. In 1984, he founded his owns Studio specialized in furniture and lighting Design, the visual image of his product and assembling for several kinds of events. He has worked for companies as Andreu World, Pedrali, Santa & Cole, Cassina, Belta & Frajumar. In 1997 he was awarded the National Design Prize, issued by the Ministry of Industry and Energy of the Kingdom of Spain and the BCD Foundation, for his professional career. His Studio is recognized internationally as a reference for the contemporary design. Some of their products as the Toledo chair and the Regina lamp are icons of the Spanish design.

In 1997 he was awarded the National Design Prize, issued by the Ministry of Industry and Energy of the Kingdom of Spain and the BCD Foundation, for his professional career.

He is doctorate on architecture by the Universita Politecnica di Milano, his city of birth. He designs products and communication as a visual designer and Art Director, extending with some companies his contribution like Design Management. At the same time, he is journalist and collaborates with prestigious Italian magazines. He is the Cultural Director of the Architecture Magazine Riabita as well as editor and director of the magazines: Style and Places published by Fiera Milano Editore. His experience as teacher in the Master in Design Management at the Politecnico di Milano, allows him to be teaching in La Facoltà di Architettura, Coso di Laurea in Disegno Industriale in Politecnico di Milano.

Architect. Has been President of the Colegio Territorial de Arquitectos de Valencia (CTAV). He is also a teacher in the Universidad Politécnica de Valencia, and has been the maximum representative of the Valencia Architects.

He have extensive experience in contract environments and common areas. Author of hotel projects , of which is specialized for various companies. It stands out in the design of social , sports and leisure spaces.

Studied Architecture in Torino, Italy. And completed her studies in Paris with a BFA degree at Parson School of Design and Master by L’Ecole Nationale Supérieure d’Architecture de Paris La Villette. Se moved to Madrid in 1990, were she founded her profesional Studiol. Nowadays she is developing projects locally and internationally. She is the director of the “proyecto final del Grado de Interiores” of IED and honorary teacher of the University Rey Juan Carlos I, both in Madrid. Has colaborated as invited teacher in some interantional Universities as: Montreal, Ottawa, Toronto, Milano, Florida… And has received several awards as: Wallpaper in 2007, Women Together from United Nations, the title “Cavaliere della Repubblica italiana” with Commendatore degree issued by the Italian Government or the prize “Estudio de Interiorismo del Año” from Architectural Digest en 2010.

Architect. Lives and works in Madrid since 1997. Since 1999 has carried out and participated in more than 60 hotel projects. He has been a speaker at several forums and conferences and as well as at the University of architecture of Madrid, as an expert on hospitality. He is specialized in interior design.

Dean of the Interior Designer’s Association of Comunidad Valencia (Colegio de Interioristas de la Comunidad Valenciana, CDI-CV). Renowned Valencian Interior Designer with more than decade of experience designing commercial and residential spaces. In 2005 received the Diploma of the School of art and crafts in its first edition. Also awarded with the prestigious prize, “Valencia Crea” in years 2005 and 2006. Between 2009 and 2011 was the coordinator of the firs Master in Interior Design, organized by Escuela Europea para la Comunicación de las Artes Visuales. Nowadays he runs his own office.

Manager of Rocamora Diseño & Arquitectura in Elche. Degree in Architecture and Máster in Architecture and Sustainable Urban planning. Also studied Applied Arts for Sculpture, becoming Doctor by the Escuela Politécnica de Madrid with a work about temporary architecture in public spaces.

He has received different awards as:

– 1st Prize in Architecture in the Comunidad Valenciana 2013-14, for new developments.

Nowadays he is working in the refurbishment of 18th Century Portalet Palace in Alicante as an interpretation on the historical city center. Has also inaugurated his last museum project at MARQ with an international exhibition about Vikings.

Technical Manager of InterContinental Hotels. Responsible of the furnishing and maintenance he is an expertise in the Contract world. He has a great vision of the international hospitality and the key issues that define and maintain this sector.

He has participated in many discussions and forums about the Hospitality and Contract world throughout Spain.

Dan Ohayon, Hotel entrepeneur and builder, is the owner of Plaza Hotels. Dan has a large and wide experience in the Hospitality sector since 1983. His Company owns the “Alcalá Plaza Hotel” in Alcalá de Henares (Madrid) and “Hotel Fontana Plaza” in Torrevieja (Alicante), among others.

Entrepreneur, partner and CEO since 1992 of Beltá & Frajumar group. He is experienced in furnishing and has good knowledge of the hospitality sector. Has done studies in Business Administration and Finance. Master in Management and Human Resources and Master in Marketing. Has carried out studies of foreign Trade as well as countless courses adapted to the needs of the company. Has been President of the Export Consortium of Furniture of the Murcia Region (Conexmu) for 5 years. His interest and dynamism led him to search how to expand and promote his company. He is the creator of the InterCIDEC

Engineering Degree in Industrila Design and Product Development. Master in Automated systems for Design and Production and Master Specialized in Development and manufacturing of Furniture. Director of “Amuebla” (Association for the Innovative firms of Murcia). Also coordinator for European projects concerning design and innovation. Director of “Máster en Diseño y Organización Industrial en el Mueble” in Universidad de Murcia. Untill 2011 she has been the Director of Innovation and Advanced Services in CETEM (Centro Tecnológico del Mueble y la Madera de la Región de Murcia). Nowadays she is responsible and secretary of the Furniture Industrial Design Contest of CETEM.

We want to make a reminder. The Contest has two categories: 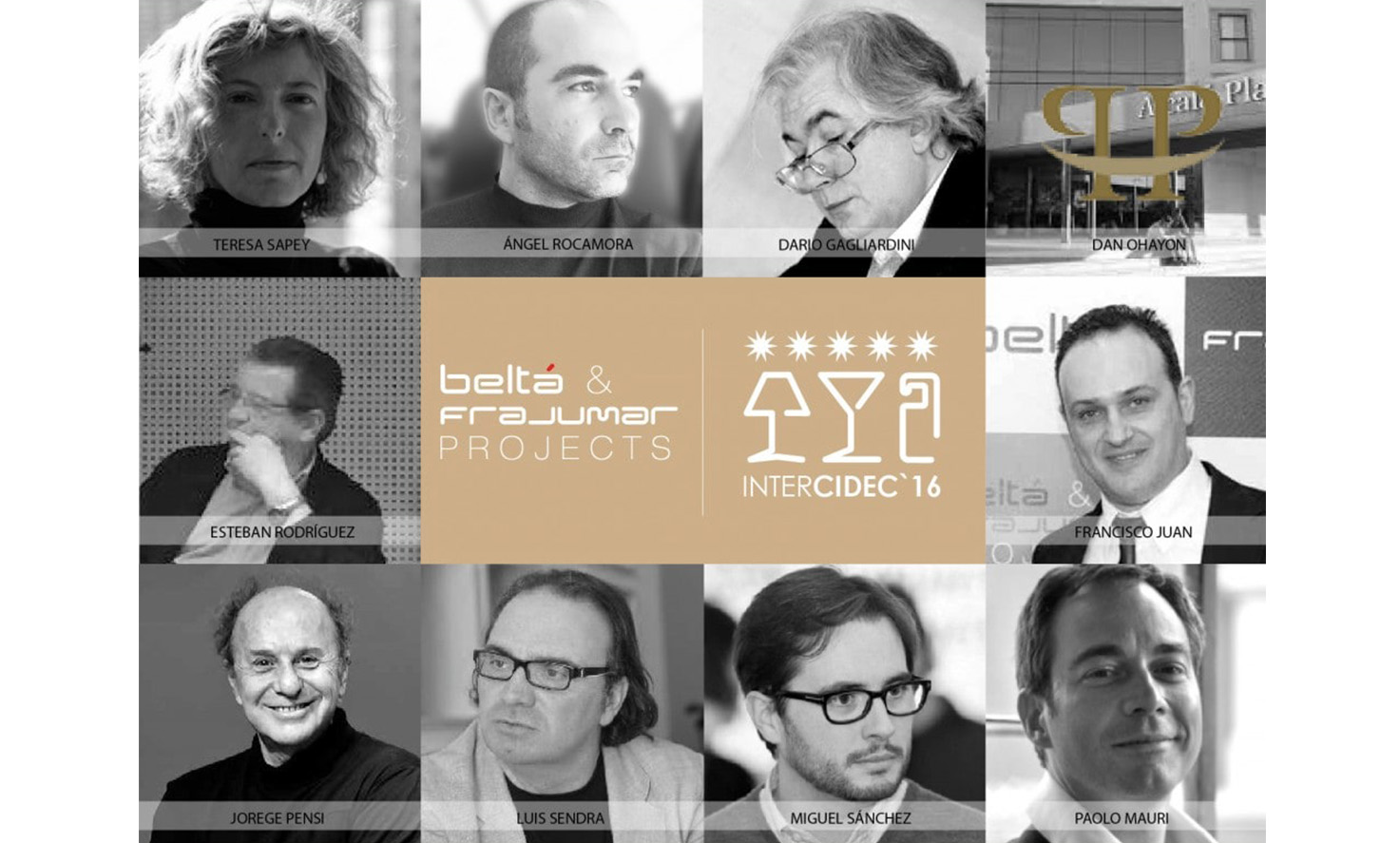 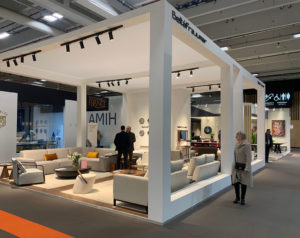 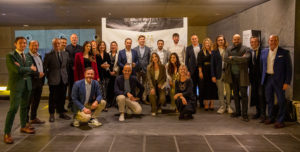 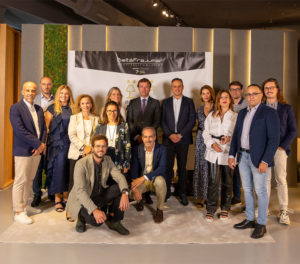